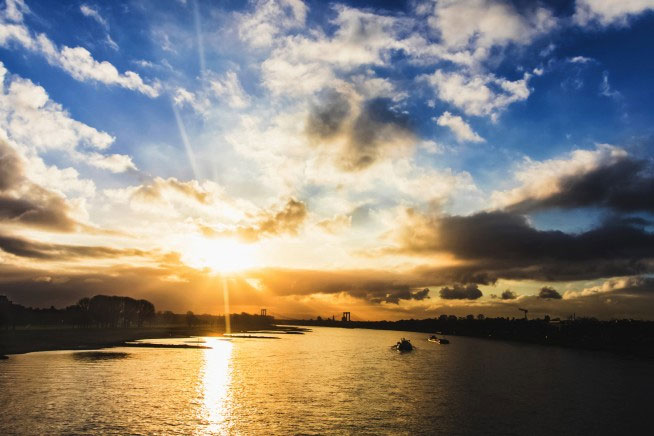 When I was diagnosed with leukemia I thought, “Why not me?” As a rabbi visiting patients for so many years, I realized that no one is immune and anyone can get sick – the rich and the poor, the young and the old. My childhood nickname was “Sunshine”, and with my bright outlook and positive spirit I asked the doctor, “What can we do?”

The belief in the possibility of hope is the narrative of the Jewish people. We have historically been geniuses of hope. The gateway to Hell in Dante’s Divine Comedy has the inscription, “Abandon hope all ye who enter here.” Playwright Eugene O’Neill said, “Human hope is the greatest power in life and the only thing that defeats death.”
False hope is dysfunctional, and can lead to to disillusionment. False hope makes people vulnerable to hucksters and simplistic “pie in the sky by and by.” But we can believe in the extraordinary around us.

The quality of hopefulness should not be left to chance. Hopefulness comes from immersing our lives in values larger than ourselves, enabling our lives to touch the eternal and leave a lasting impression on the world.
One of the problems of living in a self-centered culture is that we avoid dedicating ourselves to changing the world for the good of others. Why is it that so many World War II veterans are reported to have looked back on their experience as the best part of their lives? Why is it that many people do not start living until they face the end of their lives?

It is because deep within us we want our existence to matter. We worry that we may leave without having and impact, that the fact that we lived will never be noticed or remembered. That we may have lived for nothing.

If my people could overcome the despair of the death camps, then certainly life can be filled with hope each and every day. The song of the Jewish partisans during the Holocaust proclaims, “Never Say You Walk the Final Road!”

As long as we live and breathe, hope glimmers within; with our every act and encounter we can touch other lives. In his book “Man’s Search for Meaning” the psychiatrist Victor Frankl describes how he endured the Nazi concentration camps and lost almost all of his family in the Holocaust.

While Frankl was in Dachau and Auschwitz he observed that how the prisoners reacted differently to the same conditions of great suffering. Frankl discovered that he people who had a greater chance of surviving were those who set a purpose for themselves. Their positive attitude attitude helped the to triumph over their circumstances; for example to cling to the hope that they would be reunited with their loved ones.

Frankl says we can’t always chose the circumstances of our ordeals, but we can and must chose how we will react to suffering and adversity.
No matter what our plight, we are free to chose our attitude toward the tough times. @TheRunningRabbi
(Click to Tweet!)
So we can find meaning and hope even in the darkest days.

In the words of the Psalmist. “Those who sow in tears will reap with songs of joy.”

No Thoughts on Making Our Lives Matter