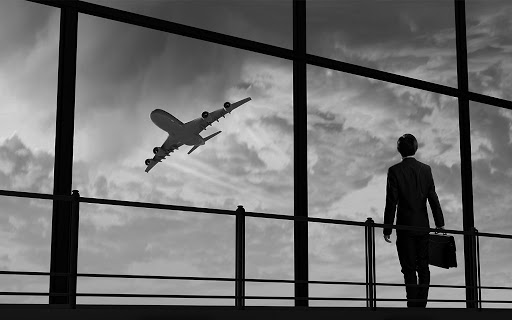 You might think that beating cancer five times have turned Rabbi Jaffe into an unrealistically optimistic person. Someone who thinks fighting and winning against the odds is possible simply because he has. That maybe God was merciful to him, and somehow this has convinced him that others too can be part of God’s mercy and bounty.

However, what you might be failing to understand is that God helps those who have hope and who are willing to change their destiny. To turn their adversity into an opportunity. To show the world that holding onto hope and finding the courage to stand against hardships is your best bet at winning at anything in this world!

If you think your Running Rabbi is an exception and that not everyone is as lucky as him, let me tell you the story of someone who proved that you are as fortunate as much you are willing to work. This strength to continue working and fighting comes with the hope and belief that you can, and you will better any unfortunate situation.

Kieran Behan, a name you might be familiar with, realizes with his journey that you must never give up on the hope that better days await. You just have to hold on to hope and continue your battle with any adversity that befalls you. Your determination, hope, and faith have the power to move mountains. What chance does a difficulty stand?!

At the age of 10, when every normal kid is busy playing, Kieran woke up with excruciating pain in his leg caused by an operation to remove a cancerous tumor from his thigh. The surgery didn’t go well and had severely damaged the nerve in his leg.

For someone who had grown up with an aim to become an Olympic champion, all the hope was lost as the doctors were certain he would never be able to walk again. Despite the enervating verdict by the doctors, Kieran, with big hopes and dreams, returned to the gym after 15 months.

Although he was enthusiastically working towards his dream with the hope of proving everyone wrong one day, fate had other plans in store for him. Just months after his return to the gym, he slipped from the high bar and suffered a severe head injury.

Post head injury, he had frequent blackouts. It was so bad that he would very often blackout by just blinking. He missed a whole year of school since he had to retrain his brain to think again. It took three years for Kieran to recover from the life-changing accident. However, his life tests were far from ending.

Kieran suffered another blow. He snapped his knee just after he was selected for the European Championships. If there was a time to give up on his hope to win one day, it was then. After this severe injury, he started to contemplate giving up on his hope and dream of becoming an Olympic champion. However, he realized soon that he had come too far and worked far too much to leave everything.

He was determined to continue on his journey and thus later became the Challenge World Cup floor champion in 2011. His greatest moment came when he qualified for the 2012 London Olympics.

As someone who himself has struggled in the hope of winning against adversity, not only Kieran, but I too can testify the feelings you get by never abandoning hope. Kieran fulfilled his dream despite of nearly losing his bodily capabilities because the ray of hope within him kept on telling him that he is about to reach his destination. Make sure you never let that light dim or flicker!